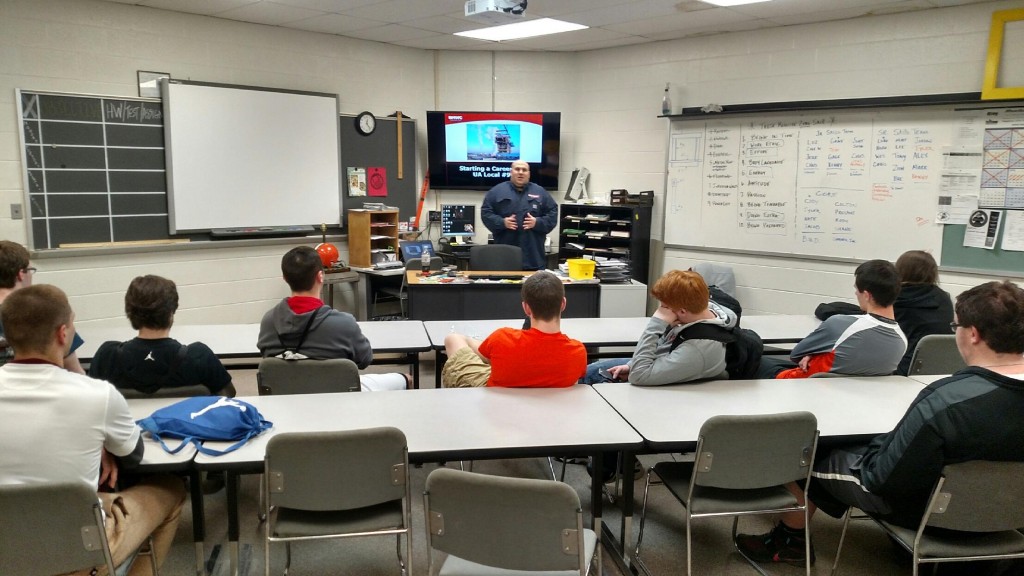 Marc Wiles, BMWC Superintendent for Marathon Refinery in Canton, OH, presented to high school students in Massillon, OH about the positive aspects of joining the Local Pipefitters Plumbers Union (Local #94). He explained how to get started as an apprentice, what they can expect when they join, the benefits of being in the union and the money they can make when they begin their career.

Wiles’ is the perfect person to present this topic because he started out going to college and realized that it wasn’t the right choice for him. He then joined Local #94. His enthusiasm and love for his job shows through when he speaks about what he does every day.

Wiles was asked to present because the schools in the area (and many other areas) can no longer offer classes that teach our trades because of budget cuts and state testing standards, so the kids aren’t exposed to it and don’t know the benefits of joining a trade.

Wiles began his career with BMWC as a general foreman at Marathon when BMWC worked on the Utica Fractionator project in 2014. After performing great work on the Utica project, BMWC promoted Wiles to Superintendent, and he now runs his own crew of 10-25 crafts people doing maintenance work throughout Marathon’s Refinery.