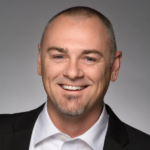 BMWC Constructors is pleased to announce the following leadership changes as we continue our strategic growth plan for the future.

As Bart transitions into his new role, Bill Schendel will be joining BMWC as the Gulf Coast General Manager. Bill brings over 38 years of experience in industrial construction while working for companies such as Jacobs, Kellogg Brown & Root, Zachry and most recently as Area Operations Manager for S&B Plant Services.

“I’ve known Bart and watched his successful career with BMWC since he began as an intern over 20+ years ago.  He’s done everything we’ve asked, taken on huge challenges and built strong teams in the process.  Bart will be a formidable leader in his new role and I’m excited that both he and Bill Schendel will now be integral parts of BMWC’s foundation for the future.  Please join me in congratulating Bart and welcoming Bill to the BMWC team” said Brian Acton, Chairman and CEO of BMWC.