For the past 19 years, the National Maintenance Agreement Policy Committee (NMAPC) has been honoring construction companies for noteworthy safety accomplishments at the annual Zero Injury Safety Awards Gala (ZISA). This year, BMWC was awarded with the highest honor as well as six other outstanding safety achievements. These awards are given to recognize companies with injury-free work from the previous year.

BMWC was awarded the Gold Star, which is the highest award, for completing 1,610,220 hours with zero incidents at a refinery in Joliet, IL. BMWC was awarded two Bronze Stars as well, the first for 435,000 work hours without incident at Marathon in Canton, OH, and the second for 269,636 work hours at Citgo Petroleum Corporation in Lemont, IL.

“The supervision and project team are consistently taking our Safety-for-Life programs like Task Hazard Analysis, Group Audits, Pre-Job Planning and Behavior-Based Safety to the highest level. Together, we all celebrate their success in creating a Zero Injury Site,” BMWC’s Corporate Safety Director Clay West 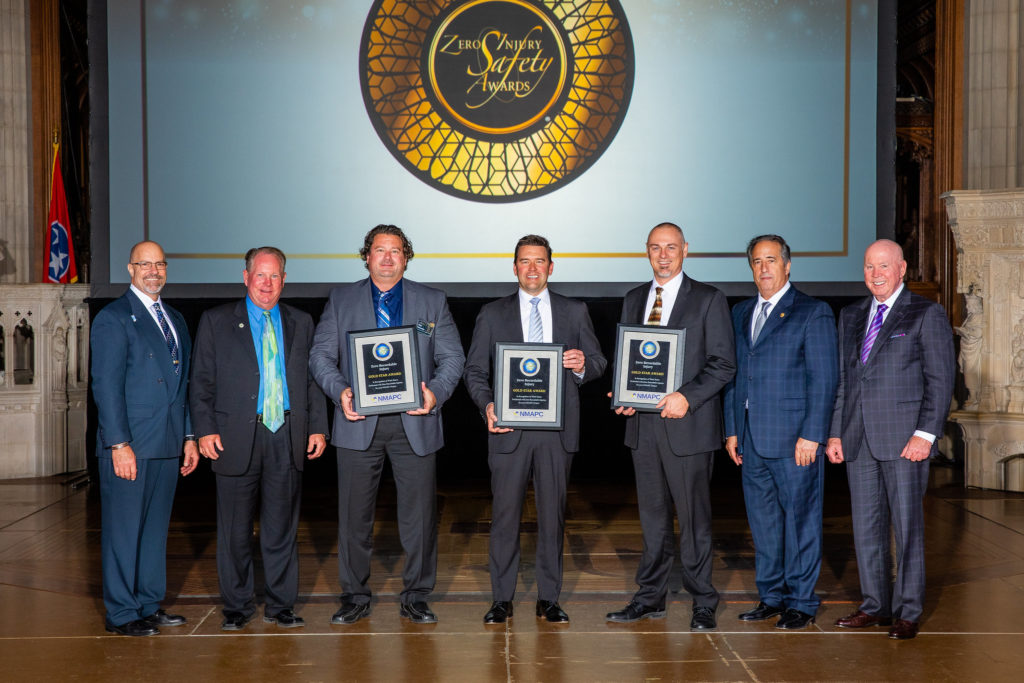 This is the second year in a row that BMWC received awards for job sites in 3 different states (Indiana, Illinois and Ohio). Our teams wouldn’t be successful without great leadership, it’s BMWC’s strong leadership and trust in their teams that creates a culture of safety in the workforce. We also want to thank each team member that worked diligently and consistently to achieve this outstanding award and to continue pressing on towards a zero-injury workplace. BMWC is proud to have such a phenomenal team.

To read more about the Awards Gala, go to www.nmapc.org/zisa.